To share your memory on the wall of Brad Sudeyko, sign in using one of the following options:

Print
Brad Sudeyko died on Monday, November 4 in Newmarket, Ontario, with his wife, Tavia Ormsby, by his side.

Born August 15, 1978, he was raised and spent his life in and around Newmarket, where his parents still live.
After attending ... Read More
Brad Sudeyko died on Monday, November 4 in Newmarket, Ontario, with his wife, Tavia Ormsby, by his side.

Born August 15, 1978, he was raised and spent his life in and around Newmarket, where his parents still live.
After attending Sacred Heart Catholic High School he studied archeology and anthropology at Trent University.

Brad became smitten with Tavia 16 years ago while working construction in Barrie and she was working at the nearby Tim Hortons. Inseparable from then on, they married 6 years later and made a home in Holland Landing.

From working on site Brad was promoted to project management. He loved his work and working at Cambria Design Build.

Brad would have celebrated his 4 year sobriety birthday in January. He spent this time engaged with treatment, community and meetings, and helping others who needed it. It remained a priority for him to attend meetings until his health condition made it impossible to do so.

Anyone else fighting stage 4 colon cancer might have learned modesty, but through months of home care and then in hospice he never felt the need to shield his hairy chest from us, forever to be known as the king of the open bathrobe.

Interests and insights were drawn from history, philosophy and engineering. Brad loved movies, growing herbs and scotch bonnet peppers, and, above all, he loved sharing laughter with the many people there for him throughout his life.

Visitation will be held at Roadhouse and Rose Funeral Home on Friday, November 8 from 2-4 and 7-9 and the funeral will be Saturday at 11, with a reception to follow. 157 Main Street, Newmarket. www.roadhouseandrose.com

In lieu of flowers the family asks that donations be made to the Brad Sudeyko Memorial Award at Georgian College of Applied Arts and Technology:

Receive notifications about information and event scheduling for Brad

We encourage you to share your most beloved memories of Brad here, so that the family and other loved ones can always see it. You can upload cherished photographs, or share your favorite stories, and can even comment on those shared by others.

Posted Nov 09, 2019 at 03:17pm
I always had a great time with Brad! We made some good memories including our high school project "Dr. Giza". He was always positive and a great guy to be around. Sorry to see him leave us so soon. Condolences to all his friends and family. 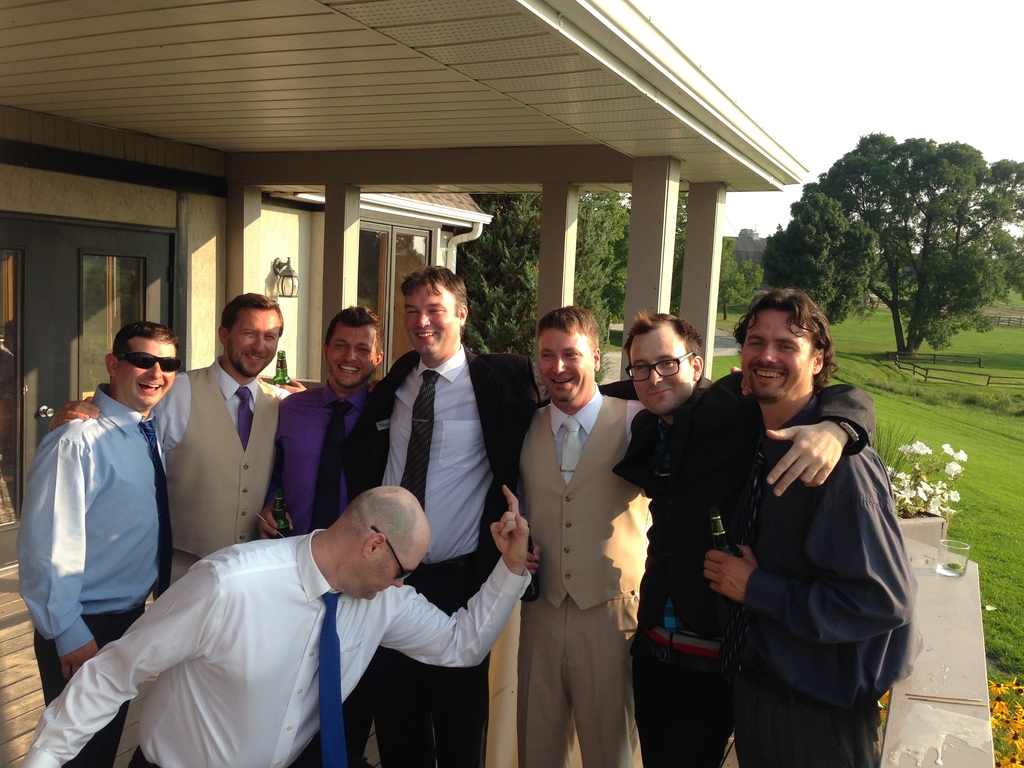 Posted Nov 09, 2019 at 08:12am
I first went Brad on a project in Collingwood/Blue Mountain when he first finished University.
Little did we realize then that was the beginning of a long work relationship and the growing of a work family along with many other folks along the way.
We tend to wait until these moments to praise each other when we should really share our thoughts and feelings for each other when the moment strikes during our short lives.
If there was an award for most genuine and integral, it would be awarded to Brad hands down. He was humble, knowledgeable and funny all at the same time. With his ability to keep us captivated with his knowledge of useless information is unmatched and he did it with such authority and we would likely not question him.
January 2 2019 I asked around the office to see if anyone had a spare new wall calendar. Next day there was a brand new calendar on my desk. It was a full 12 months complete with full colour pictures, different each month.Of Justin Bieber !? Yup, Brad struck again! Albeit I modified it slightly with a colour picture of a 1970 GTO overlay because let’s face it, me with a JB calendar is pretty creepy! That calendar still hangs in all it’s glory and will to serve as a simple daily memory of Brad.
Gone physically sure, but never forgotten (Ne Oublie)
We miss you, you wild and crazy guy...fist bump!!!
Comment Share
Share via:
DK

Posted Nov 08, 2019 at 03:38pm
It was a great honour to care for Brad at Margaret Bahen Hospice. On behalf of the entire MB Hospice family, please accept our deepest condolences.
Comment Share
Share via:

Posted Nov 08, 2019 at 02:44pm
I met Brad after being hired at Cambria. I didn't know at the time that the people I worked with would soon become as dear to me as family.
Brad was an amazing person. His sense of humour was like no one else I have ever met. His knowledge of the most random things never failed to amaze any of us. His kindness was unsurpassed. He was a true friend in every way - always there to help, offer a kind word, and a shoulder to lean on.
My memories of Brad will always be of us at the lunch table at Cambria. He kept us all laughing with his hilarious stories and impressed us with off the wall facts. No matter how bad your day was, after lunch with Brad, you couldn't help but feel better.
He was honestly the best.
My sincerest thoughts and condolences to Tavia and the family, and to Brad's friends as well.
Comment Share
Share via:
TA

Posted Nov 08, 2019 at 02:26pm
I have had the pleasure of sitting beside Brad the last few years hear at Cambria. He was truly the most caring and kindest person I have ever met. Brad was always there to pick us up on the hard days, and would always be the first one to have your back in a tough situation. He was constantly making us laugh, telling us stories and sharing his treats with us, that his lovely wife Tavia would make.

The first thing I remember of Brad, was on his first day back to Cambria - he was unpacking his belongings at his desk next to me, and hung up the infamous photo of ‘Mister Rogers’, teaching kids how to “count” with their middle fingers. This photo immediately made me laugh, and he turned around and said “Hey! I’m Brad, nice to meet ya!”

I am truly honored I got to spend the time we had with Brad the last few years, and it is safe to say that that cheery face will most definitely be missed beyond belief!

To Tavia, Brad’s parents, sister and family - my deepest condolences throughout this incredibly tough time… There are no words for situations like this, but please know Brad’s Cambria family is always here if you need anything! 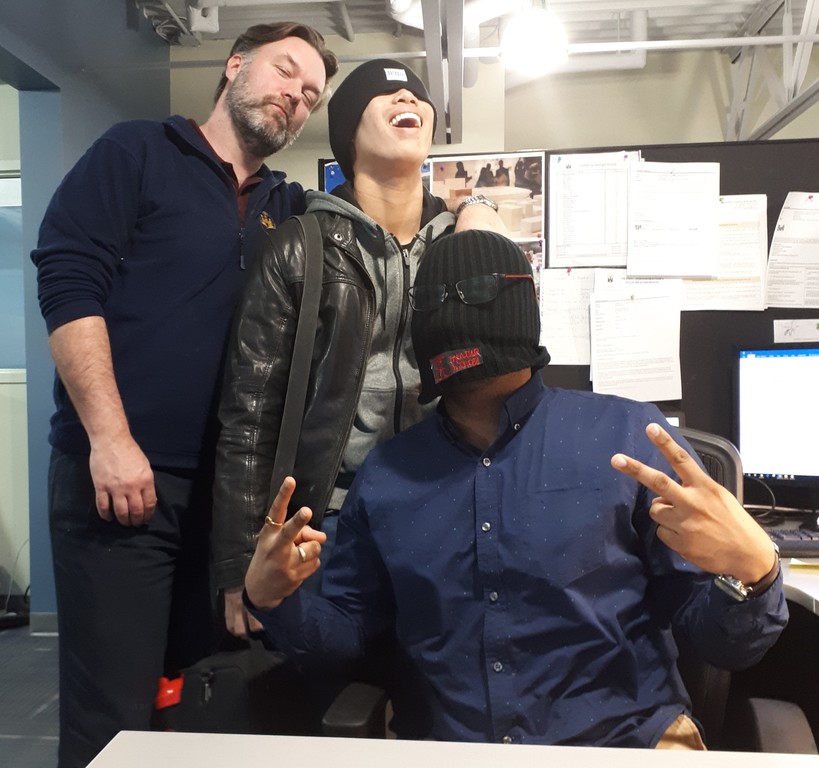 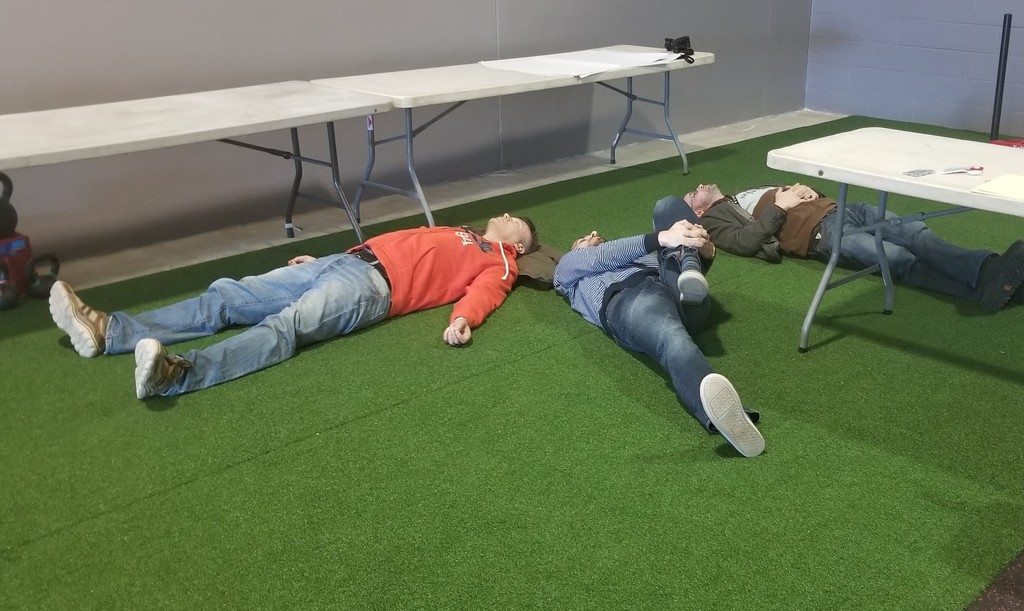 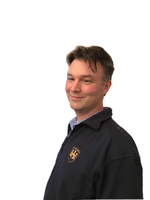 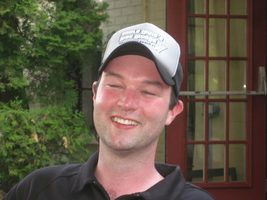 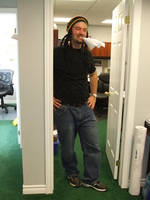 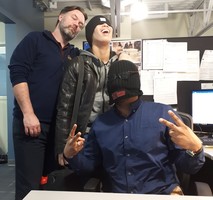