To share your memory on the wall of Bryan Cunningham, sign in using one of the following options:

Provide comfort for the family of Bryan Cunningham with a meaningful gesture of sympathy.

Bryan was born on November 6, 1930 at home in Hillier Township, Ontario and passed away peacefully on May 17, 2020 at Royal Victoria Hospital in Barrie, Ontario.

Bryan spent his early years at the Cunningham family farm in Wellington, Ontario. After several jobs, he moved to Sudbury, Ontario where he met and married the love of his life Isabelle (nee Tremblay). Bryan exemplified devotion and care during their 63 years of marriage.

Bryan is survived by Isabelle and his children; Barbara Leclair (Dave), Tracy Lalonde (Michael), Wesley Cunningham (Elizabeth) and Lori Leavy (Darren). Above all, Bryan was extremely proud of his grandchildren; Marie, Taylor, Meaghan, Nicholas and Isla.

Anyone who knew Bryan, knew that he was an avid sports fan. He was a “true blue” Toronto Maple Leafs fan; and we believe he continues to wait for a Stanley Cup! As a young family man, Bryan volunteered in the community, spending many hours in the cold Northern Ontario winter nights flooding ice for the community centre, and coaching recreational hockey during the day. He was also a member of the Elks’ Club, quietly working behind the scenes to provide hearing aids to less fortunate children and delivering food hampers and gifts to needy families at Christmas time. He modelled a spirit of volunteerism and an incredible work ethic to his children. Those who knew Bryan appreciated his quick wit, integrity and honourable way. Many sought his counsel for personal issues. He could be relied on for confidence and honesty.

Bryan had a lengthy career with Imperial Oil. As a young man, he delivered home heating oil and worked his way up, ending his career as aviation fuel inspector. He was well respected both personally and professionally. Due to promotions, the family moved from Sudbury to Thunder Bay, and eventually to Newmarket, Ontario where Bryan and Isabelle lived for 37 years before their recent move to Allandale Retirement Residence in Barrie. Bryan was loved by his friends and neighbours. He is remembered for removing snow from neighbours’ driveways with his beloved snowblower amid the cold winters, and driving around on his mini tractor lawnmower “like a king” in the backyard during the summer. Bryan was a man you could count on!

Bryan was predeceased by his parents, Wesley and Susan, and his 8 siblings; brothers Norris, Lewis, George, Barton, and Linley, and sisters Lillian, Wilma, and Shirley.

The family would like to thank all those who contributed to Bryan’s care; Dr. Handocha, the nurses and doctors at Royal Victoria Hospital, and the staff at Allandale Retirement Residence. Additional thanks to Father Roy from St. Elizabeth Seton Church in Newmarket. At Bryan’s request, cremation has taken place. Due to the current world circumstances, a funeral mass and celebration of life will be held at a later date. Arrangements are in the care of Roadhouse and Rose Funeral Home, Newmarket.

In lieu of flowers, the family requests that donations be made to a favourite charity.
Read Less

To send flowers to the family or plant a tree in memory of Bryan Russell Cunningham, please visit our Heartfelt Sympathies Store.

Receive notifications about information and event scheduling for Bryan

There are no events scheduled. You can still show your support by sending flowers directly to the family, or planting a memorial tree in memory of Bryan Russell Cunningham.
Visit the Heartfelt Sympathies Store

We encourage you to share your most beloved memories of Bryan here, so that the family and other loved ones can always see it. You can upload cherished photographs, or share your favorite stories, and can even comment on those shared by others.

Posted May 25, 2020 at 03:19pm
Lori and family,
Please accept our sincere condolences for the loss of your dear father.
The loss is so significant at any time, and even more difficult now. We are thinking of you and your family. 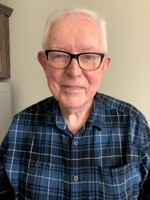