To share your memory on the wall of Charles Macoun, sign in using one of the following options:


Charlie passed away, peacefully, on Jan. 27, 2020, just a few hours short of his 88th birthday in London, Ontario, his home for the past 3½ years. He was predeceased by his parents, Fred and Mary (Lambert)... Read More
MACOUN, CHARLES HENRY


Charlie passed away, peacefully, on Jan. 27, 2020, just a few hours short of his 88th birthday in London, Ontario, his home for the past 3½ years. He was predeceased by his parents, Fred and Mary (Lambert) Macoun, loving wife, Margaret (Rutledge) Macoun, brother-in-law Ken Wood and dear friend Marjorie Bottomley. Charlie’s passing is profoundly felt by his children, Jeff (Marjie) of London, Jamie (Tammy) and Michael (Elaine) of Calgary as well as sister-in-law, Ruth Wood of Bradford.

Charlie was a devoted and caring grandfather to his eight grandchildren; John (Sarah), Michael, Ally (Korey), Colin, Katie (Shawn), Jenna, Peter (Maya) and Ashley (Andrew). Charlie will be greatly missed by his many friends in Newmarket and beyond, as well as those in the minor hockey world. He will be remembered as a very caring and charismatic person who always had time for all. The Macoun household was a revolving door of friends dropping in for an impromptu chat about last night’s hockey game or barbeques and fun around the family pool…just because.

Charles Henry Macoun was born on Jan. 28, 1932 in Campbellford, Ontario to Fred and Mary Macoun. After his early years in Campbellford, he left for the big city of Toronto to attend St. Michael’s College. Upon graduation, he immediately went to work for the Royal Bank of Canada where he enjoyed a very successful 40+ year career. Charlie was fiercely loyal to, and proud of, “the bank” and was a tremendous leader and mentor to many over the years. The friendships he made during his career extended throughout his entire life.

Charlie married his sweetheart, Margaret Rutledge in 1956 and together they travelled Ontario for work before settling in Newmarket. Charlie and Marg had a busy life raising three active boys involved in every sport imaginable. While Marg kept the sports schedules organized and stomachs fed, Charlie shuffled his work schedule, so he didn’t miss a track meet, baseball, football or hockey game - including practices. Family was first and foremost with Charlie and that was always a constant throughout his life. The boys could always count on Dad being in the crowd, be it a ball diamond or a hockey arena and they always looked for a “nod” from Dad during warm-up. This commitment extended beyond the high school years to University when Charlie would think nothing of driving to Sudbury, Columbus, or Miami of Ohio to support the boys. Charlie experienced every Dad’s dream to see his son Jamie, play professional hockey for the Calgary Flames, Toronto Maple Leafs and Detroit Red Wings. Charlie was very proud of his three boys and the paths they have all chosen in life and would express his pride at every opportunity, taking great joy in celebrating their successes. He was also so very proud of, and loved by, his eight grandchildren. As with his own children, Charlie was always excited to hear about the grandkids most recent adventures; travels to Europe, school and sports accomplishments, a new job or new puppies. Charlie couldn’t get enough!


Besides friends and family, Charlie’s next great passion was hockey. This passion started with his boys, as a fan and supporter, leading him to become President of the Newmarket Minor Hockey Association and, in later years, part of the group that founded the Newmarket ‘87s (Newmarket Hurricanes) Jr A hockey team. He held several other positions within the Ontario Hockey Association (OHL) through the years including time as an OHA Director and Chairman of the Board of Governors of the OHL provincial league. Charlie was honored for his dedication to the OHA when he received the Gold Stick award in 2003. In hockey circles, Charlie was known to be firm but fair. He was intensely passionate about the professionalism of the team and the welfare of the young hockey players, both on and off the ice. To quote his friend, Brent Ladds, “Charlie set a standard for team stability and decorum both on and off the ice. He was a disciplinarian, he possessed a community first attitude and countless numbers of players became better hockey players, but more importantly, better because of his efforts. He had a tremendous, positive influence on the game and the people around him.”
Although the passing of his beloved wife Margaret was a very sad period for the Macoun Family, Charlie received tremendous support of his dear friend, Marjorie Bottomley and enjoyed many wonderful vacations with lifelong friends, Alex and Gail, Art and Marg, Anne and Harry and Gerry and Diane.

The family would like to thank the staff of Manor Village who were so very kind to Charlie during his brief time in London.

The Macoun family would like to thank the “Bottomley Girls” for their long-time love and support of Charlie; Jet and Kai for keeping Charlie’s passion for hockey alive, the many wonderful friends that have held him so close to their hearts.


Donations may be made to the Canadian Cancer Society or a charity of your choice. Visitation will take place on Wednesday, February 5th, 7 – 9 p.m. at Roadhouse & Rose Funeral Home, 157 Main Street South, Newmarket. A Funeral Mass will be held on Thursday, February 6th, 11 a.m. at St. John Chrysostom Parish, 432 Ontario Street, Newmarket. Family burial to follow at St John’s Cemetery. Please join the family for a reception at Redcrest Golf Course, 17700 Keele Street, King City.


“We love you Dad, and may you rest in peace”.
Read Less

To send flowers to the family or plant a tree in memory of Charles Henry Macoun, please visit our Heartfelt Sympathies Store.

We encourage you to share your most beloved memories of Charles here, so that the family and other loved ones can always see it. You can upload cherished photographs, or share your favorite stories, and can even comment on those shared by others.

Posted Feb 06, 2020 at 02:42pm
One of the greatest blessings in my life was meeting Charlie 47years ago and working closely with him for many years in Aurara,Newmarket and Mississauga.Charlie was a wonderful mentor who was always on the move ( not always at posted speed limits ) while setting a very high standard for how much could be accomplished in a day!
Charlie always greeted us with a bright smile and that big handshake which will always be treasured.
Thank you Charlie ..
Ken & Pam McLean
Comment Share
Share via:
KS

Posted Feb 06, 2020 at 12:24am
Jeff, Jamie, Micheal and family our sincerest condolences.
Zig Ziglar – A famous motivational speaker and author, wrote; “The foundation stones for a balanced success are honesty, character, integrity, faith, love and loyalty.” Charlie was all of that and more. Proud to be a friend and associate. One of the finest men I have ever known.
Ken & Katherine Storie

Posted Feb 05, 2020 at 10:51pm
Mike, Jamie, Jeff and family
I was sorry to hear of your Dad’s passing. My parents originally knew him from the bank and always enjoyed doing business with him. Of course they later would see him at hockey games or teacher-parent nights and considered him a friend. When I moved home to care for Dad, we ran into Charlie and he was so gracious listening to my Dad who sadly was in the throes of Alzheimers. I’ll always remember his kindness that day. My condolences to your family.
Elisa Harland and the Harland family
Comment Share
Share via:
BB

Posted Feb 05, 2020 at 06:52pm
Our Sincere Condolences to the “Macoun Family”. We have great memories of Charlie both Working with him at RBC as well as with the hockey community. Although we lived in Aurora and Newmarket was our competition, Charlie was always the best. Charlie and Jamie’s advice when our son went away to a U.S. University on a hockey scholarship was especially pertinent and ever so helpful. Unfortunately we are unable to attend Charlie’s memorial service as we are in Florida. Charlie may you Rest In Peace, forever in our Hearts.
Blair and Karen Boyd
Comment Share
Share via:
DL

Posted Feb 05, 2020 at 06:30pm
jeff , jamie , michael , your families & friends , i am so sorry for your loss. I always looked forward to driving Charlie to & from the airport @ Christmas time , we always had a good talk. i apologize for not being able to go to the viewing or attend your Dads funeral tomorrow
Comment Share
Share via: 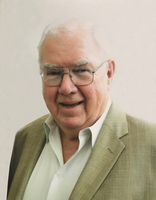