To share your memory on the wall of Derek Collins, sign in using one of the following options:

Derek passed suddenly and peacefully in his sleep from a heart attack on September 12, 2019 at the young age of 55.

Derek had a passion for dancing, art and sports – particularly football – and sports collectibles. Derek enjoyed being creative and turned many household items into creative works of art. On the dancefloor, not only was Derek dressed impeccably, but he was unstoppable, especially if Janet Jackson played in the background!

Throughout Derek’s life he had a great love for his daughter Alicia, stepson Brett and family life. Derek was very humble and loved taking long drives with family just contemplating life and enjoying the scenery. Derek was compassionate to all of those that were blessed to be in his company.

Visitation will be held at the Roadhouse & Rose Funeral Home, 157 Main Street South, Newmarket on Wednesday, September 18, 2019 from 1- 3 p.m. followed by a memorial service in the chapel at 3 p.m. A celebration of life will be held at Cachet Supper Club, 500 Water Street following the service.
Read Less

To send flowers to the family or plant a tree in memory of Derek Gary Collins, please visit our Heartfelt Sympathies Store.

Receive notifications about information and event scheduling for Derek

We encourage you to share your most beloved memories of Derek here, so that the family and other loved ones can always see it. You can upload cherished photographs, or share your favorite stories, and can even comment on those shared by others. 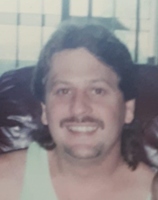 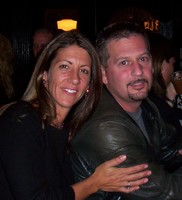