To share your memory on the wall of Edward Beniston, sign in using one of the following options:

Ed joined the Royal Canadian Legion, Milton Wesley Branch in Newmarket in 1975. He was a member of the Legion for forty years, serving as President for five of those years. He was on numerous committees, including service officer where he aided his fellow veterans in obtaining benefits. Ed was awarded the highest honour a Legion Member can receive when he was presented with the Canadian Legion Meritorious Service medal with Palm Leaf.

Ed served in the British Navy from 1943 until 1947. Joining the Navy at the age of 17, he saw action in Britain and the Indian Ocean. One of his ships, the HMS Bulolo was used for the Japanese Surrender ceremony in Singapore.

Born in Doncaster, England, Ed moved his family to Canada in 1956. Once there he worked in the manufacturing industry, finally retiring as a plant manager. Not being one to sit idle, in addition to his Legion time, he worked at the local Shawneeki Golf club in Newmarket for a further 25 years. His deteriorating eye sight finally forced him to reluctantly leave that position. He continued to play golf into his early 90’s with the help of his good friend Bill. Ed loved to dance, and was still going to dances whenever the opportunity presented itself, even up to a few months before he left us.

Ed, or as some knew him, “Ted” will be fondly remembered by his family, friends, neighbours and all who knew him. Known as a charming story teller, an easy going, positive thinking man. He had a zest for life, an unwavering faith in God and unstoppable determination. His mantra…”never give up”.

A private family service and internment will be conducted at the Newmarket Cemetery.
A celebration of Ed’s life will be planned for a later date. Due to Covid-19 limitations, the previously scheduled celebration of life has been cancelled.

Memorial donations can be made to The Salvation Army or Southlake Regional Health Centre Foundation.

Receive notifications about information and event scheduling for Edward

You will receive any future notification messages.
No funeral details available.

We encourage you to share your most beloved memories of Edward here, so that the family and other loved ones can always see it. You can upload cherished photographs, or share your favorite stories, and can even comment on those shared by others.

Posted Aug 30, 2020 at 03:24pm
So many fond memories, little glimpses in time during my childhood. Always laughter and fun.
My father's brother (George) who my dad loved with all his heart
Comment Share
Share via:
SS

Posted Aug 19, 2020 at 09:42pm
My condolences to you and your family Colin. I know what a loss he is going to be. My name is Sherry and not sure if you will remember me or not but I was one of your Dads PSW’s. I just wanted to tell you that your Dad touched the hearts of a lot of people. I’m quite sure that everyone he met came away from the privilege with a smile on their face, I know I did. A few years back I had the privilege of getting to know him and assist him. One of my favourite sights I think that I’ve ever seen was your father blowing past my boss and myself after we had both been with him at his apt. It was the first time I met him and my boss ( she adores your father) and I were chatting outside after. She was telling me things about him and how charming he was and to be aware that sometimes he goes out on his scooter. I said what are you talking about he is darn near legally blind as we had to assist him with a sight issue as you know. Anyway she is laughing telling me that he goes everywhere on it. She had such fondness in her voice for him which was making me happy as it means he and I are going to get along just fine. And right at that moment we look up and going warp speed blowing right past us zooms Ed ( not noticing us at all) and we both just doubled over with laughter for a few minutes . I literally laughed tell I cried.
He looked so carefree on that scooter and instantly you could see he had such a love of life. I use to love my visits with him and his stories. He always had lessons in his story. I loved his wisdom to which he was blessed with. My colleagues and myself shall miss him. My coordinator at work really liked you Dad too. Her and I were just chatting recently and she and I were saying he is/was such a gentleman. They don’t make them like him anymore. Such a charming wonderful man.
He truly was so very blessed in his life and I think the thing he taught me most by example was to “count your blessings as it minimizes your woes”. He had what I like to call “ a good life fully lived”.
God speed Ed, till we meet again my friend.
Xo

Posted Aug 13, 2020 at 03:41pm
Will never forget Ed singing with Kira at your house. I think it was an Elvis Presley song. He clearly loved music and enjoyed life. A lot of joy. Alice, Bryan, Josh and Kira
Comment Share
Share via:
FR

Posted Aug 07, 2020 at 08:34am
On behalf of Royal Canadian Legion Branch 344, Toronto we wish to send our condolences to Ed's Son and Family on the Loss of such a Wonderful Man. From the first time Ed walked through the doors "344" HE became "family" to us all. We loved him so much. So many Memories of happy times with this man - thank you Wendy and Joe for introducing us to HIM. How he loved to party and dance with the ladies in Toronto and St. Cats Branch 24. Our bus trips to St. Cats were so much fun. This man had more energy than any of us. Thank you for the Memories Ed. You will be missed. Thank you also for your Service to your Country. You are dancing your way to the great beyond and I am sure you will be made welcome in your new Home. Happy Trails until we meet again dear Soldier & Friend - as Vera Lynn sang - "We'll Meet Again Some Sunny Day". RIP xo.
Comment Share
Share via: 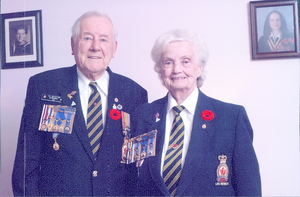 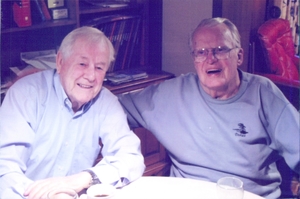 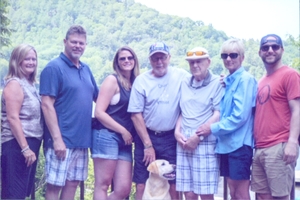 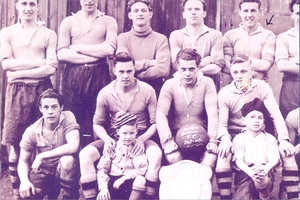