To share your memory on the wall of Etsuko Toguri, sign in using one of the following options:

We encourage you to share your most beloved memories of Etsuko here, so that the family and other loved ones can always see it. You can upload cherished photographs, or share your favorite stories, and can even comment on those shared by others.

Posted Dec 11, 2019 at 02:03pm
Dr.Toguri was the family doctor for my mother sister and me.I went to her from the time i was 17 until she retired.So my sister and i also took our children to her as they came along. She was the nicest and best doctor we have ever had.On one of my visits she said i had lyme disease and phoned the specialist right theh and had me go immediately to see her.We will always be grateful we had her as our doctor and offer our sympathies to her whole family.
Elizabeth Sulker and Margo Wingeat
Comment Share
Share via:
GD

Posted Dec 09, 2019 at 12:59pm
Dr. Toguri was my doctor, while growing up in Scarborough. For a period of almost two years I visited her office weekly for treatment. Despite the rigors of her busy practice, she was always bright, positive, and caring. I can remember the "tone" of her voice to this day. She was the only doctor who ever offered to drive me home after an appointment; I appreciate her kindness, despite the passing of so many years.
To the family, who have suffered such loss, please accept my deepest respects.

Posted Dec 08, 2019 at 10:27pm
Dr. Toguri was my grandparents, parents, my and my siblings and my wife and our son's doctor. She delivered me at East York General over 63 years ago. I always enjoyed her and paid heed to her words of wisdom and always enjoyed her laugh. She was a wonderful doctor and admired her courage to follow her dream in a difficult time.
I hope people will enjoy this news item that mentions her https://newspapers.lib.sfu.ca/tnc-33108/page-2
Respectfully yours
The Hamade Family
Comment Share
Share via:
TR

Posted Dec 07, 2019 at 06:35pm
dr. toguri was my mom's dr. [millie yorke 1923-2016] in scarborough. my mom just loved dr. toguri and actually looked forward to 'going to the drs.!' thank you for all your years of care and compassion and understanding, as mom was no easy patient! RIP dr. toguri, you were awesome!
Comment Share
Share via:
EZ 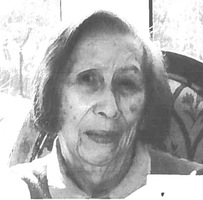