To share your memory on the wall of Fay Young, sign in using one of the following options:

Provide comfort for the family of Fay Young with a meaningful gesture of sympathy.

Fay was born on May 16th, 1928 in Kingston Jamaica to Alfred and Lily Wong. She married Joseph Michael Young in 1950 and they had 3 child... Read More
Fay Dorothea Young passed peacefully on October 1 around 9:30 pm at Aurora Resthaven Nursing Home.

Fay was born on May 16th, 1928 in Kingston Jamaica to Alfred and Lily Wong. She married Joseph Michael Young in 1950 and they had 3 children: Michael, Dorothy and Wade. In 1966, they immigrated to Toronto and later sponsored and hosted many family members who settled in Canada.

Fay was a strong woman who knew what she wanted, and was not afraid to tell you exactly how to get it done. She enjoyed good food, fine jewelry, going to the casino and playing games on her i-Pad, chatting with friends or family, and a good giggle. She will be missed and remembered by those who knew her.

In lieu of flowers, please consider donations to The Heart and Stroke Foundation
Read Less

We encourage you to share your most beloved memories of Fay Young here, so that the family and other loved ones can always see it. You can upload cherished photographs, or share your favorite stories, and can even comment on those shared by others.

Posted Oct 12, 2019 at 06:16pm
Heartfelt condolences to Dear Uncle Joe, Wade, Dorothy your families. It has been many years since I have seen Aunt Fay, but I do remember how much she loved to giggle. Thank God we can have good memories........... May God Bless you all and keep you in his loving care during this very sad time.

Posted Oct 06, 2019 at 12:25pm
I had a few interactions with Aunt Fay and remember her as a kind and loving wife, mother and aunt.

My deepest condolences to Uncle Joe, their children, friends and other members of their family. 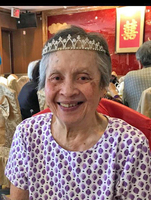 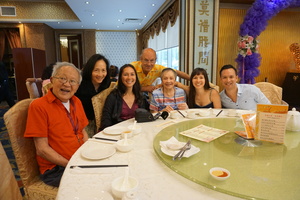 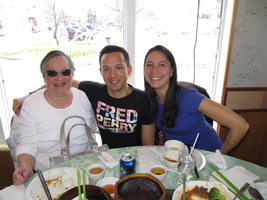