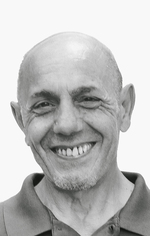 RASO, Giuseppe (Joseph, Joe) - Passed away peacefully at home in Alliston, Ontario on Wednesday, February 10, 2021 in his 71st year. Loving husband of 49 years of Caterina. Beloved father of Frank and his wife Angela, Angelo and his wife Sarah and Joseph and his wife Emily. Proud grandfather of Madison, Kaitlyn, Lucas, Sophia, Julian, Marcus, Alessia, Mikayla, Matthew and Vienna. Best friend to his four-legged companion Molson. Survived by his sister Nancy Fazari, brother Michael, sister-in-laws Pasqualina and Girolama, and pre-deceased by his brother Antonio and brother-in-law Leonard. Son of the late Giorgio and Theresa Raso.

Joe was born on June 8, 1949. He was a certified stationary engineer and leveraged that into tenured careers at IBM, Celestica and TSSA.

Joe was a family man, always around for the good times, but more importantly, always there in times of need. He welcomed everyone, and over the years, our family grew to include many honorary members, friends and extended family that looked up to Joe as a father figure and who he always treated as his own. Most would agree that Joe was a man of few words, but when those few words were spoken, they found a way to resonate and hold a weight of importance; enough weight to inspire, influence and earn respect from everyone around him.

His love for his family only grew in his later years, as he became a fourth brother to his three sons. Whether it was spending time on the links, where he became an avid golfer, going up north every May long weekend for the annual fishing trip, or just enjoying a backyard BBQ where his skills around the grill were unmatched.
Joe was a man who kept to his morals and never deviated from who he was. These characteristics were admired by all, and through his actions (not necessarily his words), taught all of us to try and be the same. When we look back, we will remember him for always being there.

A private ceremony will be held by the family. To honour Joe and share memories, a celebration of life will be held when social gatherings are permitted.

Special thanks to the doctors, nurses and personal support workers at Saint Elizabeth Health Care and Matthew’s House Hospice.

The family requests, that in lieu of flowers, donations in memory of Joe can be made to Sick Kids Hospital or Matthew’s House Hospice.
Online condolences at www.roadhouseandrose.com