To share your memory on the wall of Grace Pitt, sign in using one of the following options:

A celebration of Grace’s life will be held for family in the Spring - a favourite time of year for Grace and her beloved peonies.

“You are braver than you believe, stronger than you seem, and smarter than you think. But the most important thing is, even if we're apart… I'll always be with you.” A.A. Milne
Read Less

Receive notifications about information and event scheduling for Grace

You will receive any future notification messages.
No funeral details available.

Donations are being accepted for: Margaret Bahen Hospice.

We encourage you to share your most beloved memories of Grace here, so that the family and other loved ones can always see it. You can upload cherished photographs, or share your favorite stories, and can even comment on those shared by others.

Chrissie Flynnn on behalf of MBH and DHH Hospices

Posted Mar 03, 2020 at 08:12am
It was an honour to care for Grace at Margaret Bahen Hospice. On behalf of the entire MB Hospice family, please accept our deepest sympathies. 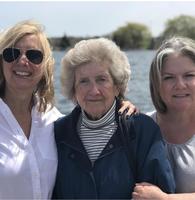 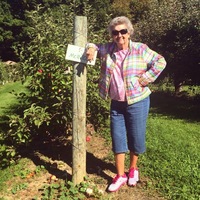