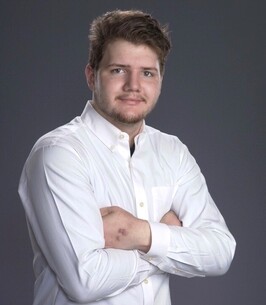 On Friday, June 10th, 2022, James was tragically taken from his family who love him more than anything in this world. He was only 17 years of age.

Cherished and only son of Brian and Gail. Baby brother of Jessica, Justine, and Jadyn. Beloved grandson of Marilyn and Allan Ralph. He will be dearly missed by his many uncles, aunts, cousins, and friends. He is at peace and is reunited in Heaven with his grandparents James and Theresa Emberley and his puppy Marlee.

James was the life of the room. Our lives will never be the same without his laughter and light. He had a heart of gold; he loved his family very much.

As the baby brother, James was spoiled by his three older sisters who he loved to spend time with. They would often go out for lunch or go see a movie together. They had an incredible bond and unconditional love for each other and were friends as much as they were siblings.

James was a big fact collector; he would become intensely interested in specific topics and needed to learn everything he could about whatever new thing sparked his interest at the time. At only 6 years old, James would enlighten us with a new fact about the Titanic multiple times a day for weeks. Most recently, James enjoyed collecting vinyl records, going to concerts with his dad and watching TV shows like House and Bones.

In the last year, despite all the added difficulties with the pandemic, James worked hard to graduate high school. He was to receive his high school diploma at the end of June and was excited to attend Niagara College in September.

James will never be forgotten and will be in our hearts forever.

Visitation will be held at Roadhouse & Rose Funeral Home (157 Main Street South, Newmarket, Ontario) on Thursday, June 16th from 3-5 and 7-9 p.m. The funeral service will be held in the chapel on Friday, June 17th at 5 p.m. followed by a reception.

For all those who are not able to attend the funeral service will be live streamed.
Click Here to Watch the Service