To share your memory on the wall of Jean Paul Lamarche, sign in using one of the following options:

Jean Paul Lamarche, or (Just Plain Lucky), as I like to say, moves on today, to another “opportunity.” I will be back in a new and hopefully improved model. I have enjoyed over 25,000 days of living and celebrate... Read More
Lamarche, Jean Paul

Jean Paul Lamarche, or (Just Plain Lucky), as I like to say, moves on today, to another “opportunity.” I will be back in a new and hopefully improved model. I have enjoyed over 25,000 days of living and celebrated almost every day with a smile and handshake for all. Born in Montreal, Quebec, oldest of a family of 18. It can be said that I was not necessarily dealt a great hand, but what can be said is that I played it well. If I ever met you, I was the lucky one. I learned everything I could from you and I became better because of you! Thank you for allowing that. You may have forgotten me, but I never forgot you! I count the thousands of you, who helped me grow, learn, laugh, and enjoy the five senses.

I was proudly named after my amazing grandfather, JPL, by my 17-year-old mother, Barbara, who had the nerve to challenge the laws in Quebec, forbidding women to name their children (my father name me Claude).
Things did not start off well, as I was a young rebel, with a huge chip on my shoulder. Long hair, Fu Manchu moustache, bell bottoms and muscle shirt, I questioned everything. I failed high school, only to go back as a “mature” student! Fooled them! My poorest subject was mathematics, yet I was to later start a consulting practice in financial strategies as well as write books on Pricing Budgeting and Estimating. Go figure…lol!

“Two roads diverged in a wood, and I, took the one less traveled by, and THAT, has made all the difference” – Robert Frost

I ran away from home at 13, only to be brought back by the police so many times that they did not bother any more once I turned 17. I refused to follow the school curriculum and did things my way. I was the “Class Clown”. I raced cars and owed $20K, by the time I was 20. I kind of did that a lot during my life. If I saw everyone doing the one thing, I would do the opposite, if they all went one way, I went the other. I lived by the statement, “Rough waters make for good Sailors.” You could say I continually voted for the underdog, with the only exception being my team, the Montreal Canadiens…sorry Brian. Many years ago, I was given a keychain that summed up my character… “Why Be Normal.” I lived exactly like this. Too many people are constipated! Life has an expiration date! I chose to live happy. I was given 86, 400 seconds everyday to enjoy. The people who know me best, know I lived every second I could. I worked like I did not need the money. I loved like I has never been hurt. I danced like no one was watching, I sang like no one was listening. But, most of all, I lived as if it was my last day!!
– Jean Paul Lamarche

Arrangements have been entrusted to Roadhouse & Rose Funeral Home. A private memorial service will be held on Friday June 12, 2020 at 11 a.m. Click Here to View the Service Live Stream
Read Less

Receive notifications about information and event scheduling for Jean Paul

We encourage you to share your most beloved memories of Jean Paul here, so that the family and other loved ones can always see it. You can upload cherished photographs, or share your favorite stories, and can even comment on those shared by others.

Posted Jun 23, 2020 at 09:19am
My sincere condolences to Stella, and everyone that knew JPL. He truly was one of the happiest men I have known, and I am deeply saddened from this loss. One of the best memories I have of JPL was from my mom's (Sylvia Fairweather for those that so not know) surprise 49th birthday party. It was a touch time for our her and our family, and we wanted to do something special and elevate her spirits. JPL was the first to arrive, partly to get the festivities going right away, and partly to help set up. He was incredibly happy to take photos, arrange the backyard decorations, and goof around with my dad in the process. I will never forget that day for a lot of reasons, and JPL is certainly one of them.
Rest in peace, and have a big glass of red with my mom. 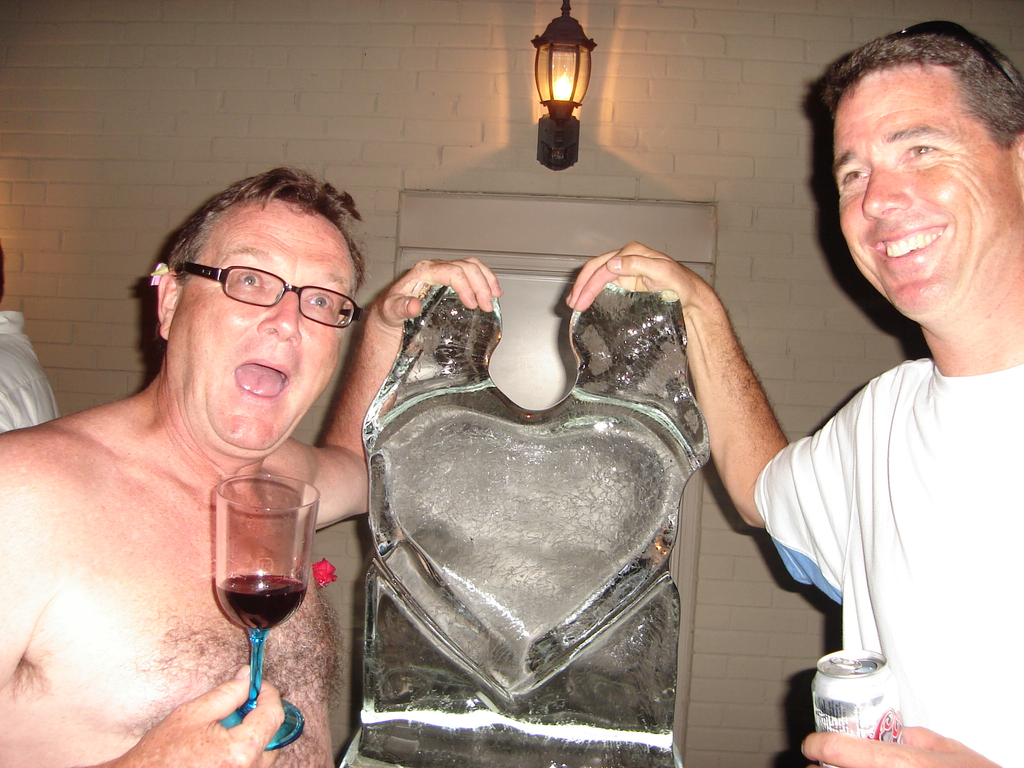 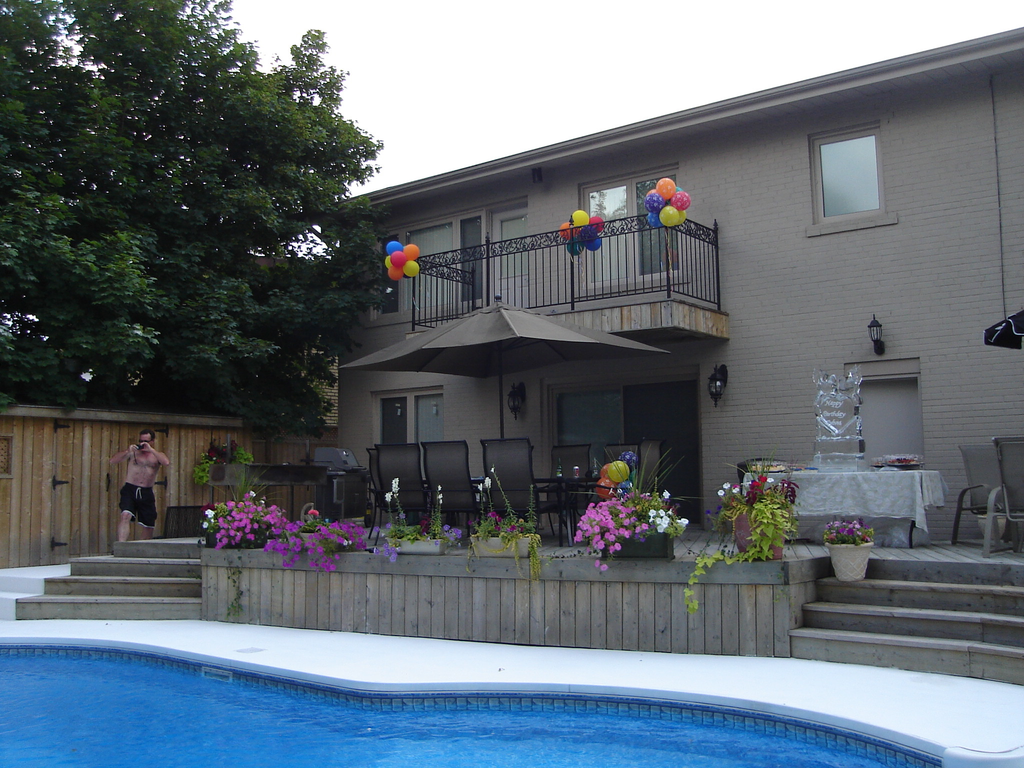 Stella and the Lamarche family
Our sincere condolences on your loss. JPL left a lasting impression on us. While our meetings were infrequent the banter jokes and stories were very entertaining. We probably will forget the jokes but will never forget the generosity, kindness, and sincerity that JPL always showed through his actions.
Whenever we can “play it forward “it will be done with memories of JPL
Rest in peace JPL

Posted Jun 14, 2020 at 08:45pm
What a remarkable man! I only met Paul a few times, but he left me with such an impression. I am Nadia's cousin and she talked about him all the time, and now I better understand why. I feel like I know him so well through Nadia's stories.

Stella, my deepest condolences. You are in my prayers and in my heart. As painful as this time may be, I can imagine that you are so greatful for every "lucky" moment and every memory of him. I hope that he brings a smile to your face every time you think of him. God bless.

Posted Jun 13, 2020 at 09:44pm
Stella , our deepest condolences to you and your loved ones for the sad news that we just heard of Paul’s passing. We first meet Paul many years ago at the garden center when my mom Maria started to work there.... he would always come by the garden centre and say hello vegetable manager to my mom and they would have good old fashion laughs all day long when they worked time to time together. Than I recall the first time I (Anna) meet Paul and he would always say there she is and I would always tell him that he had to clone me a guy just like him that was full of life , energetic, that enjoyed being one of a kind just like him and he always said he was working on that for me and once he had him ready he would bring him to the next party and for me to be ready ! We are going to miss you Paul but hopefully you meet up with my dad (Nicola) and continue to have your great times together on your new opportunities up in heaven ..... we shall cherish all our great times until we meet again; Rest In Peace Paul! 😪🙏😪🙏
Comment Share
Share via:
TF

Posted Jun 13, 2020 at 04:57pm
So very sorry for your loss dearest Stella.
Our sincere and heartfelt condolences to you and your family. 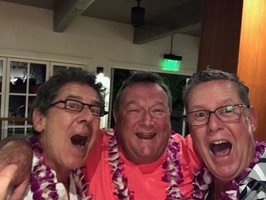 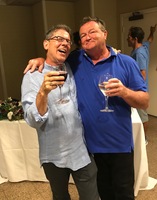