To share your memory on the wall of Leonard Sparks, sign in using one of the following options:

Provide comfort for the family of Leonard Sparks with a meaningful gesture of sympathy.

Len was born on March 18th, 1940 in South Porcupine, Ontario and passed away on April 30th,2020 at Southlake Hospital in Newmarket, in the presence of his loving family. He grew up and spent his formative ... Read More
Leonard (Len) Reginald Sparks

Len was born on March 18th, 1940 in South Porcupine, Ontario and passed away on April 30th,2020 at Southlake Hospital in Newmarket, in the presence of his loving family. He grew up and spent his formative years in Englehart, Ontario. Wherever life took him after that, “home” was always Englehart.

It was in Englehart that he first discovered his love and natural aptitude for fitness and athletics. His unrelenting desire to challenge himself physically eventually led to a football scholarship at the University of Wyoming and an 8-year career in the CFL with the Ottawa Rough Riders, Toronto Argonauts, Calgary Stampeders and finally the B.C Lions.

He then set his sights on his other passion, teaching. He taught for 30 plus years at various High schools and colleges in the Toronto area (S.S Fleming, George S. Henry, Seneca College). In addition to teaching Math, Science and Physical Education he coached soccer, hockey and football.

Len was a fitness fanatic, worked out every day and did so for the entirety of his adult life. Hockey was his joy. As fate would have it, in 1977, he met up with an old friend from Kirkland Lake who invited him to play Oldtimers hockey with a group of ex pats from the Kirkland Lake area. It represented the best of both worlds, he would play hockey (on a very regular basis) and at the same time maintain his connection to Northern Ontario. It was here that he developed special lifelong and enduring friendships with his XKL Oldtimers teammates.

In addition, his pleasures included his beloved rescue dogs Halle and Sparky and his love for music and dancing.

Len married the love of his life, the beautiful Bonnie (Jarrett), married and best friend for some 54 years. Through their love together, they started a family, first with daughter Erin (the apple of his eye) and soon after came Len Jr. He was an exemplary family man.
Len could be legitimately tough, stoic and had an imposing physical presence. However, to anyone who knew him, Len was soft, kind hearted, humble, honest and a loyal gentleman. Upon hearing of his passing, the overwhelming tributes, messages and phone calls from family, friends and former students are a testament to these qualities.
Len was predeceased by his parents Gordon and Hazel Sparks, brother Robert (Bob), nephew Gordon and daughter-in- law Patty Narcisi Sparks.

He is survived by wife Bonnie, daughter Erin, son Len and granddaughter Melissa. He is also survived by brother Ron (Buzz) and sister Barbie (Doug Lockington) and many nieces and nephews.

Dad, we love you dearly.

A date for a celebration of life is yet to be determined. In lieu of flowers, a donation can be made to the ARK Animal Welfare Society Barbados.
Read Less

To send flowers to the family or plant a tree in memory of Leonard Reginald Sparks, please visit our Heartfelt Sympathies Store.

Receive notifications about information and event scheduling for Leonard

There are no events scheduled. You can still show your support by sending flowers directly to the family, or planting a memorial tree in memory of Leonard Reginald Sparks.
Visit the Heartfelt Sympathies Store

We encourage you to share your most beloved memories of Leonard here, so that the family and other loved ones can always see it. You can upload cherished photographs, or share your favorite stories, and can even comment on those shared by others.

Posted May 22, 2020 at 04:12pm
I’m so sorry to hear this, my condolences to you and your family. He was the best teacher. 💚 I remember him as a teacher who saw the potential in people and he always had a nice smile. He taught me math and gym. I remember him being so patient teaching us hook shots in basketball to the littlest people in class saying encouraging words. He was the best!
Rest in Peace Mr Sparks. 🙏💚

Posted May 21, 2020 at 08:51pm
Condolences to the family. It seems like yesterday that I was in his class! He always encouraged us to do our best. He left such an impression on so many people. Truly a privilege to have known him. Years from now he will continue to be in so many people's minds & hearts. RIP.
James Brinias
Comment Share
Share via:
SC

Posted May 21, 2020 at 08:42pm
My condolences to you and your family on your loss. Mr. Sparks was my gym teacher during my years at Fleming from ‘79 to ‘82. He was dedicated to his students and a great teacher who we respected. Yes he had that tough guy exterior but I do remember his mischievous smile as well and always wanted the best for us.

I know with Covid-19 it is tough for families to get the usual physical support from families and friends so I hope these messages give you some comfort along with all the memories you carry and hold of all your good times together.
Stuart Clapman
Comment Share
Share via:
AM

Posted May 21, 2020 at 08:41pm
He was both a kind, caring teacher and a total badass in the best sense of the word (images of him doing dips during lunchtime with over 150lbs around his waist remain). I hope his memory is a blessing to you, and to all of us.
Andrew Mark Morris
Comment Share
Share via:
AF

Posted May 17, 2020 at 01:47pm
Mr. Sparks was my gym teacher and cross country coach when I was at Sir Sandford Fleming Secondary School in Toronto. He was an extremely devoted teacher and a wonderful person. I just read about his passing and want to send my condolences to his family. He made an impact in my life and in many others. My thoughts are with you during this difficult period. Adrian Feigelsohn
Comment Share
Share via: 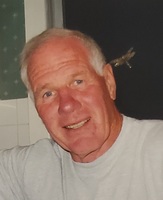 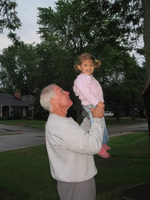 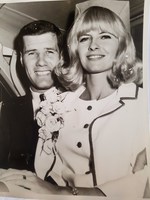 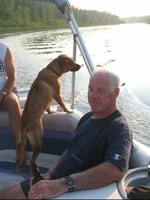