To share your memory on the wall of Lester Karas, sign in using one of the following options:

Provide comfort for the family of Lester Karas with a meaningful gesture of sympathy.

Lester grew up on a farm near Hesketh Alberta. He worked hard and obtained loans so he could stay at a dormitory in Drumheller to finish his high school diploma. He went on to obtain his Electrical Engineering degree from the University of Alberta. An important part of his legacy is that he encouraged and facilitated his children’s university educations and their music lessons. After graduation, he and Flora drove east to Toronto where he held jobs with Honeywell and Ontario Hydro.

In 1959, Les and Flora bought a house in Newmarket, and lived the rest of their days there. Lester was an active member at Grace Church, as an Elder, a teacher, a youth group sponsor, a leader in Boy’s Brigade, and a sound technician. He was the chairman of the building committee for the current Grace Church building and Newmarket and District Christian Academy.

Les was an avid target shooter and won many awards and competitions. Les was a proud member of the reserve army, and retired with the rank of Brigadier General. He became well known for writing numerous articles about shooting. Unfortunately, that passion also contributed to a profound hearing loss in his later years.

When he was growing up on the farm, he learned how to fix farm equipment. Then he became adept at fixing cars, electrical problems, and household appliances. He demonstrated an attitude of service by helping others in his community.

For most of his life, Les was blessed with good health. In April of 2018 he had a stroke that resulted in a lengthy stay in Southlake Hospital, and then at a rehab hospital in Toronto, and then another rehab facility in Maple, and then a stay at Park Place in Aurora, and finally back to Southlake. Many thanks to the caring staff at Southlake, and at Chartwell Park Place.

Friends may call at the Roadhouse & Rose Funeral Home, 157 Main Street South, Newmarket, on Sunday July 28th from 7 – 9 pm for visitation. The funeral service will be in the chapel at noon on Monday July 29th. Reception to follow. Interment will be at the Pine Orchard Cemetery.

To send flowers to the family or plant a tree in memory of Lester Walter Karas, please visit our Heartfelt Sympathies Store.

Receive notifications about information and event scheduling for Lester

We encourage you to share your most beloved memories of Lester here, so that the family and other loved ones can always see it. You can upload cherished photographs, or share your favorite stories, and can even comment on those shared by others.

Posted Aug 11, 2019 at 06:59pm
I grew up beside the Karas family. We were truly blessed to have had such amazing neighbours. Mr. Karas was a wonderful man and our family has many many years of happy and fond memories of them. My deepest sympathies to Paul, Elaine and Sandra and their families.
Denise Low.
Comment Share
Share via:
BM

Posted Jul 27, 2019 at 01:59am
Our prayers are with you, Paul, Elaine, Sandra and families in your loss. We both have so many fond memories of both your parents. For me they go back to 1970, when I came to faith in Jesus at a Billy Graham film at my high school, NDHS. It turns out your parents had been involved in Grace Church helping to sponsor this event. I believe your dad later became my Sunday School teacher. Your mom was always a prayer warrior. And when we got married at Grace in 1978, your dad recorded the wedding ceremony, and your parents hid our "getaway car" in their garage, to keep it out of harm's (or pranksters') way. When we went to Papua New Guinea with Wycliffe Bible Translators in 1979, your parents were among our most faithful prayer supporters, and also gave towards our ministry with Wycliffe for a number of years. Your parents were always proud of you, their "kids." What a tremendous legacy they have left.
Comment Share
Share via:
RS

Posted Jul 24, 2019 at 09:00pm
Paul,
I remember your dad, and I think in part one of the reasons I became an engineer was your father. My sincere condolences.

My sincere condolencesd to all of Lester's family.Although about 9 years younger than him, as a young boy I was a childhood neighbour to Lester and recall him very well as a nice quiet young fellow. I too lived in the high school dorrmitory in Drumheller and became an engineer. 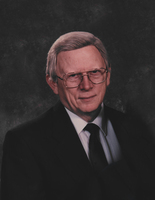 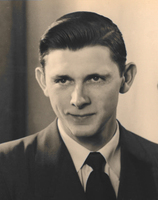