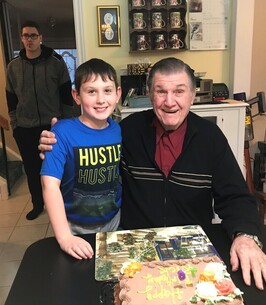 Richard always described Florence, his wife of 56 years, as the “love of his life”. He also spoke often of his pride in the character and success of each of his three children. A lover of automobiles from a young age, Rick was a longtime member of the Newmarket Car Club, where he made lifelong friends and took pride in displaying his 1955 Chevrolet Bel Air. Keeping that classic car running smoothly was his favourite pastime and a true labour of love. He retired in 2011 from his career as a transit operator for the Toronto Transit Commission and Go Transit, where he was recognized for his impressive safety record and decades of public service.

Always with a twinkle in his eye and a quick joke at the ready, his sharp sense of humour was with him until his very last days. Richard will be fondly remembered and deeply missed.

A gathering to celebrate Rick’s life will be held at Roadhouse and Rose Funeral Home, 157 Main Street South, Newmarket on Saturday, September 17, 2022, from 3:00 pm to 5:00 pm. Donations can also be made to the Canadian Cancer Society.