To share your memory on the wall of Sharon Stroud, sign in using one of the following options:

Print
Sharon Stroud died on September 14, 2019. Known for her perseverance, even she could not defeat Alzheimer’s.

Everyone will have their own special memories of Sharon. To us she was a loving wife and mother who lives on in our hearts. F... Read More
Sharon Stroud died on September 14, 2019. Known for her perseverance, even she could not defeat Alzheimer’s.

Everyone will have their own special memories of Sharon. To us she was a loving wife and mother who lives on in our hearts. Family was her North Star. She was the proud daughter of Eugene Murray and Kathleen Murray (Rosie). Sharon is survived by her husband Chris Stroud, her son, Jim (Meghan Barnett), her son John (Laura Stewart) and her daughter, Jacqueline Godman (Robert), along with her grandchildren Chloe and Hugh. Sharon was predeceased by her sister Sue Huestis and survived by her sister Sallie MacDougall and brother Jim Murray.

Born in Toronto, Sharon was raised in Leaside, and attended both Rolph Road School and Leaside High. Her parents’ Sutherland Drive home, and all the fun she had in it, was always affectionately remembered. Her brother Jim says Sharon regularly conspired with her sisters Sue and Sallie to push him down the stairs. (Sallie denies any role in the crime, and says Sue would have been too nice to do it).

High school completed, Sharon started a 40+ year career, mostly in payroll and finance positions. Always dedicated to her work, especially at HOOPP, her last professional position, her colleagues became a second family, with friendships lasting well beyond the time the job was finished. She was their “work mother.”

Not long after launching her career, Sharon met and married Chris. It was while they were living at the Pendrith Street House that Jackie was nearly hit by a delivery truck. Sharon and Chris scraped together all their savings and moved out of the city to Bond Head, a newly-created community in a rural setting. It was just barely on the map, but the view from the backyard was spectacular, and it was theirs. John and Jim came next, and the family stayed in Bond Head until everyone was off to university. After that, Sharon and Chris moved to a newer home in Bradford.

All this time, Sharon commuted to her jobs in downtown Toronto. Most people would find two-hour commutes (each way) punishing and unsustainable. Yet Sharon never complained; indeed, she saw the daily trips as positives. When the Go-Train came to Bradford it meant she got to ride the train twice a day, a travel pleasure only topped by VIA trips across the country. She also connected with other commuters she saw each day and formed a Go Transit social club (wine in plastic cups on Fridays!).

Sharon was one of those rare people who was comfortable in her own skin and did not need to prove anything to anyone. When pressed, she could advocate for herself and for others. If there was something she really wanted, she got it. And yet Sharon’s focus was usually on the well-being of others. During any social gathering, whether with friends or family, more than anything else she wanted there to be good times and laughter.

Over the last several years there was less laughter as Sharon’s Alzheimer’s progressed and ultimately took over. Knowing that she was gradually getting worse, having already seen how it took its toll on her sister Sue, made it all the worse.

Life got just that much harder for her when she was diagnosed with breast cancer.

Sharon faced all this with her usual courage and stoicism. The love and devotion of Chris was there at every step, as he served as her caregiver up until the last possible moment.

Many thanks to the Emergency Room and Palliative Care teams at Southlake Hospital for compassion and excellent care. Special thanks to nurses Karina, Julia and Vanessa.

The last thing Sharon would want to do is create any sort of obligation on anyone to make donations. Do what you feel is best. With that caveat, Sharon always loved Goodwill and the War Amps. Although she never liked to discuss her Alzheimer’s, she was a supporter of medical research in the area.

A memorial service will be held on Saturday, October 12 at 1pm at Mount Hope Cemetery (305 Erskine Avenue, Toronto). A reception will follow at one of her favourite places, the house of her niece, Lisa Huestis (located at 418 Silken Laumann Drive, Newmarket). All are welcome.
Read Less

To send flowers to the family or plant a tree in memory of Sharon Lee Stroud (Murray), please visit our Heartfelt Sympathies Store.

Receive notifications about information and event scheduling for Sharon

We encourage you to share your most beloved memories of Sharon here, so that the family and other loved ones can always see it. You can upload cherished photographs, or share your favorite stories, and can even comment on those shared by others.

Posted Sep 17, 2019 at 05:06pm
Sharon was, without a doubt, one of my favorite people. She meant the world to my mom and my family. Her wit, sassiness and kindness will be missed - a truly exceptional human. We are all better people for having known her. I will miss her.
Comment Share
Share via: 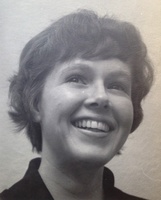