To share your memory on the wall of Wilhelmina Cuypers, sign in using one of the following options:

Provide comfort for the family of Wilhelmina Cuypers with a meaningful gesture of sympathy.

Wilhelmina will always be remembered for her love of family and her stoicism and grace during her illness this past year.

Donations in lieu of flowers can be made to Southlake Regional Health Centre Foundation.
Read Less

We encourage you to share your most beloved memories of Wilhelmina here, so that the family and other loved ones can always see it. You can upload cherished photographs, or share your favorite stories, and can even comment on those shared by others.

Posted Dec 30, 2019 at 08:57am
My thoughts and prayers have been with you over the past weeks . I have wonderful memories of working with Willy organizing our CWL receptions . She was an inspiration to all of us and when she asked me to take on the role she had played for many years , I was honored to accept.
God bless you Bill and all of your family at this sad time .
Sheila Froese
Comment Share
Share via:
KO

Posted Dec 23, 2019 at 11:26am
Our thoughts are with you and you families since hearing of the sad passing of your beloved mother and grandmother Ria, Terry, Ryan, ( Heather), Jenny (Craig) and all the Cuyper family.
It was lovely getting to know Willie since Heather and Ryan’s wedding.
She will always be your guardian angel, Ria ❤️
Much love today and always.

Posted Dec 20, 2019 at 08:53pm
I love you so much grandma. I miss you so much already and I wish you were still here every day with all of us. I know you would always take care of us and I’m so happy that I got a smile from you and you said my name the last day I saw you, I love you so much. I am so glad my mom will be exactly like you.
Comment Share
Share via:
TF

The Newell Family purchased flowers for the family of Wilhelmina Cuypers. Send Flowers

Posted Dec 20, 2019 at 11:44am
Our most heartfelt sympathies for your loss. Our thoughts are with you & your family during this difficult time. Your friends & colleagues at Zayo 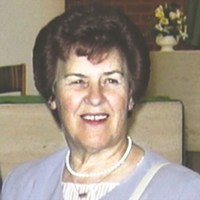 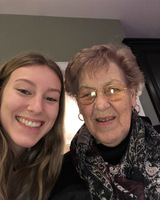 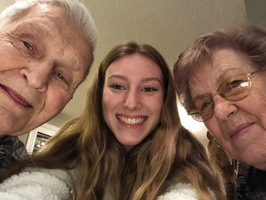