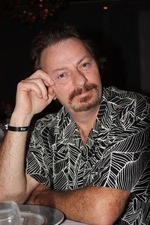 Bill was born on July 6, 1960, in Newmarket, Ontario; grew up happily in Oak Ridges, Lake Wilcox, and raised his family in Kitchener, Ontario. For many years he worked in the printing industry in Richmond Hill. Eventually he ended up joining the family business and becoming a commercial insulator. He spent most of his life playing, coaching, and loving the game of hockey.

Bill will be lovingly remembered by his spouse Elaine Olliff. He is survived by his mother Patricia Wright (Fred), and siblings Glenn Wright, Mike (Sherry) Wright and Julie Wright. He will be greatly missed by his children Jeremy (Kailyn) Wright and Pamela (Kyle) Wright; his other children Wayne Olliff, Ashley (Luke) Warner, Kaitlyn (Devin) Olliff and of course his grand-children, Rylan Wright, Jackson Wright, Breanne DeLuca, Lily Olliff and Emily Warner.

He is predeceased in death by his father, Glenn Wright.

Services will be held on Wednesday, December 18th, 2019 at the Roadhouse & Rose Funeral Home, 157 Main Street South, Newmarket. Please join us for visitation from 11 a.m.- 1 p.m. A funeral service will be held in the chapel at 1 p.m. and an on-site reception following the official service.

Contributions in memory of Bill can be made to the Canadian Tires Jumpstart Charities, 2180 Yonge Street, PO Box 770, Station K, Toronto, Ontario M4P 2V8. Telephone: 1-844-YES-PLAY. This special organization helps remove financial barriers from families who needs assistance to get their kids into sports or physical activities.