To share your memory on the wall of Dorothy Fraser, sign in using one of the following options:

Dorothy came to Canada in the early 1950’s after surviving childhood in Scotland during World War II. She was a marketing analyst for a large insurance company in downtown Toronto as well as modelling off and on TV for various companies, Hudson Bay being one of her more prestigious clients. Dorothy and her husband were active members of the overseas league, champion bowlers and enjoyed dancing the nights away. Dorothy also took on the bookkeeping/treasurer role for the executive committee. Dorothy gave it all up for motherhood and moved to Newmarket in 1969. As soon as the Bayview community association was formed, she and Ray Snow went about making Bayview Park a reality, from then it was the Horticultural society with her prize winning Peonies, Pirate Tulips and Bearded Iris. She was also a member of toastmasters, the local crafters, then found her niche when she, along with other charters members, formed the Newmarket Lioness club. She received many accolades, including the Helen Keller and LCCK award. After her role as President of the Lioness club she continued to be an active member for 39 years until her passing.

In recognition of her significant volunteer services to the town and people of Newmarket, a future park has been bestowed in her name. A fitting tribute to her measurable community involvement.

A special thank you to the congregation of St Andrews church with whom she shared many years of uplifting and social times. We also would like to extend our gratitude to the many exceptional people who played important roles in caring for our mother over the last several years.

In lieu of flowers, donations can be made to the March of Dimes or the MS Society.

No words are needed as we shall never forget, for those we love don’t go away, they walk beside us every day. Unseen and unheard, but always near, so loved, so missed and so very dear. You will be in our hearts and minds forever.
“Bon Accord”

To send flowers to the family or plant a tree in memory of Dorothy Fraser (Stewart), please visit our Heartfelt Sympathies Store.

Receive notifications about information and event scheduling for Dorothy

We encourage you to share your most beloved memories of Dorothy here, so that the family and other loved ones can always see it. You can upload cherished photographs, or share your favorite stories, and can even comment on those shared by others.

Posted Sep 17, 2020 at 10:36am
Oh sister champion of Toastmasters, I salute you! You have been a beacon of light to everyone around you. Your grace and poise at St. Andrews Presbyterian lit up the sanctuary and your loving eyes and soft spoken sweet words of wisdom will forever be remembered. Rest in peace Dorothy.

Posted Sep 15, 2020 at 10:01pm
Sorry for the great loss I will miss you Dorothy
I loved seeing you every day for lunch will never forget you Rest In Peace my friend
Comment Share
Share via:
GJ

Posted Sep 15, 2020 at 12:16pm
Sending sincere sympathy to all the Fraser family in the loss of your Mother. Dorothy always had a smile and said "I am fine" and "How are you today" to everyone. She will be missed and will be never forgotten and always remembered with love. May those cherished memories help sustain you during this difficult time. God Bless you all. Sincerely, Gary and Alice Johnston, Newmarket, Ont.

Posted Sep 14, 2020 at 07:37pm
Our deepest sympathy on the loss of your Mother ,she was always very welcoming to me over our many years of friendship ,I have many fond memories of our conversations may she Rest In Peace . 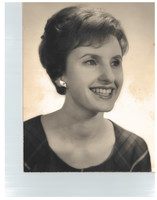