To share your memory on the wall of William Mulder, sign in using one of the following options:

Provide comfort for the family of William Mulder with a meaningful gesture of sympathy.

Wijtse was born August 23rd 1934 in Sneek, in the north of Holland to parents Pieter and Johanna. Growing up through WW2 and the occupation of Sneek, he saw first-hand the hardships of war through his parents’ experience. As a very young boy he remembers nighttime raids of coal yards for desperately needed fuel, biking to nearby farms for milk and eggs, and the terror of the many bombings of the town through the war. He was also enlisted by his parents in their work with the underground resistance – helping to slip documents past soldiers and raising the alarm of raids to the men of the town in hiding in the local cemetery. His experience is one we cannot imagine 75 years later, but it is because the Canadian Perth regiment of Stratford Ontario liberated Sneek that we are all here in Canada today to remember his remarkable life.

To say simply that Wijtze missed his wife ‘Ouwtje’ these past six years doesn’t do justice to their incredibly strong bond. His fighting spirit kept him going, despite setbacks. His decision to end dialysis was not made easily, but with great dignity. With the help of his amazing team at Toronto General’s nephrology unit, and the loving care of his dedicated team of caregivers Lyn, Bing, Cynthia, Carol, Sunita and Celi, we were able to give him his wish to spend his last days at home surrounded by family and friends, and for that we will be forever grateful.

To send flowers to the family or plant a tree in memory of William Mulder, please visit our Heartfelt Sympathies Store.

Receive notifications about information and event scheduling for William Mulder

We encourage you to share your most beloved memories of William Mulder here, so that the family and other loved ones can always see it. You can upload cherished photographs, or share your favorite stories, and can even comment on those shared by others.

Posted Apr 08, 2019 at 07:56pm
Caroline,
We are very sorry to hear of the passing of your dad. Our deepest condolences to you and Ron and your family.
Colleen and Raynal
Comment Share
Share via:
GK

Posted Apr 07, 2019 at 11:25pm
Caroline and Ron, Lauren and Tyler,
We are so sorry to hear of your father's passing. Though we never had met him, it sounds like he was a wonderful father, Opa, and Opapa. We are thinking of you now, as you recall cherished times you spend with him. Gail and Norm Kerr
Comment Share
Share via:
HS

Flowers were purchased for the family of William Mulder. Send Flowers

Love's Journey was purchased for the family of William Mulder. Send Flowers 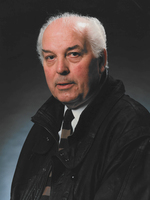